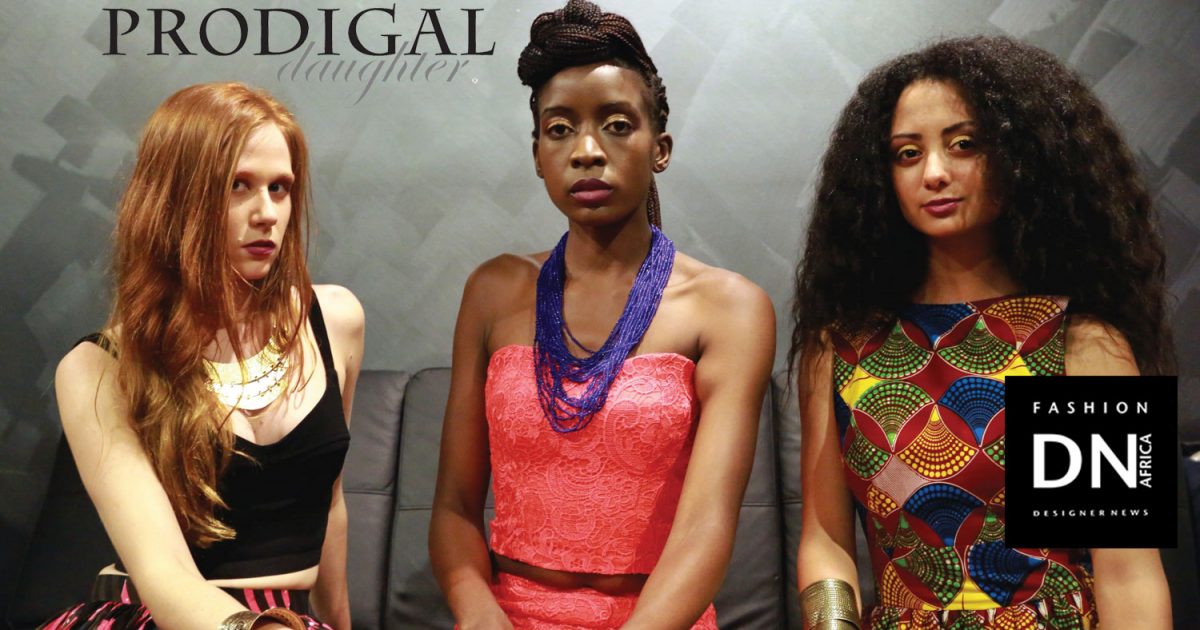 Prints, patterns, colour … action. African designers are lending their vibrant and bold pallets to runways and magazines around the globe. Zambian-born Zimbabwean-raised, Australian-based designer, Phoebe Mwanza, is splashing her own rebellious interpretation of African-inspired style through her label, The Prodigal Daughter. Afritorial recently caught up with Phoebe to get to know the real story behind The Prodigal Daughter’s journey.

Is there a story behind the name, The Prodigal Daughter?

The name is a play on the biblical story, the Prodigal Son, about the son who abandoned his family, squandered his inheritance and was lost for a few years but finally returned home after a long time of trying to find himself in the wilderness. That’s how I feel my journey in life has been. I spent many years disconnected from my roots and my culture. The Prodigal Daughter is inspired by my journey back to my roots, being more appreciative of my culture, my background, where I am from and wanting to use my background as an inspiration for my business.

What inspired The Prodigal Daughter? 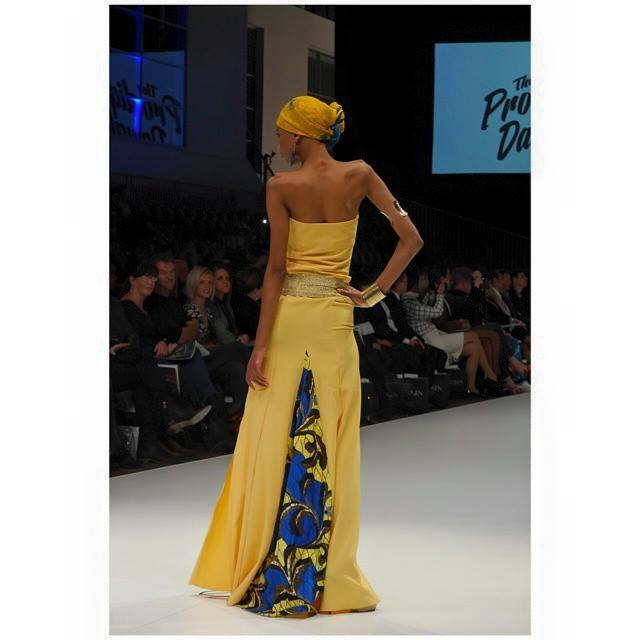 I’ve always wanted to be a fashion designer. I have been interested in clothing ever since I was a little kid. I used to dabble in dressmaking, and even made my own clothes by hand, but they weren’t very good and used to fall apart very quickly [laughs]. But I never lost interest in clothes.

Becoming a fashion designer always remained at the back of my mind as time wenton but last year seemed to be the opportune moment to actually do something in that space. I was feeling uninspired in my career and I was at the point in my life journey were I was starting to be true to myself and live from my soul. So I decided to become a designer, something I had always wanted to try out, and I came up with the name ‘The Prodigal Daughter’. I knew whatever I was going to do would have to incorporate my culture and a part of who I am.

And so, what is your cultural background?

My dad was half Zambian, half Zimbabwean and my mum is Zambian. I moved to Zimbabwe when I was three and lived there until I moved to Australia to study Law when I was 19.

Tell us which parts of your culture you draw on for your label?

In Africa, we are very conscious about what we wear and we express ourselves through our clothing. Our clothing is full of colour and incorporates a lot of different textures and patterns. It’s just a beautiful sight to behold. So, I thought I would mix my two cultures – my Australian culture, which is a bit more muted and tempered, with my bright, bold, colourful African culture.

You studied Law and worked as a lawyer. Was it difficult to move out of the ‘professional’ space into the ‘artistic’ space?

It was initially quite scary, because I was delving into the unknown, but other than that, it was a very easy decision to make. As soon as I decided, I started planning the logistics, to map my way out of my day job. I would say law is also creative. To be a good lawyer, you have to be creative with the law and how it applies to your client, so in that respect, I don’t think there’s much of a difference. The most difficult part was the business side of things, which was a totally different way of thinking for me. I spend about 80% of my time on the business side, and 20% on the creative part. It has been a challenge, because I thought I would be creating all day everyday. But it has been fun and very fulfilling.

Let’s talk about your clothes. Do you have someone in mind when you are designing?

I do have a specific person in mind. I am trying to appeal to the modern man and woman who are in touch with their tradition and culture, even though they are sophisticated cosmopolitans or what we now call hipsters. I am trying to reach the person who is not afraid to take risks with their clothing, someone with a little bit of a rebel in them. I am designing for the non-conformist who thinks out of the box, or better yet, doesn’t even realise there is a box. That’s the kind of person I am trying to appeal to through my clothes.

It sounds pretty personal. Why is it important to you to appeal to this person in particular?

Because that’s who I am. I am not a one-dimensional person. I am a woman who has knowledge of herself, who has a love and appreciation for her culture and ancestors but is still very much 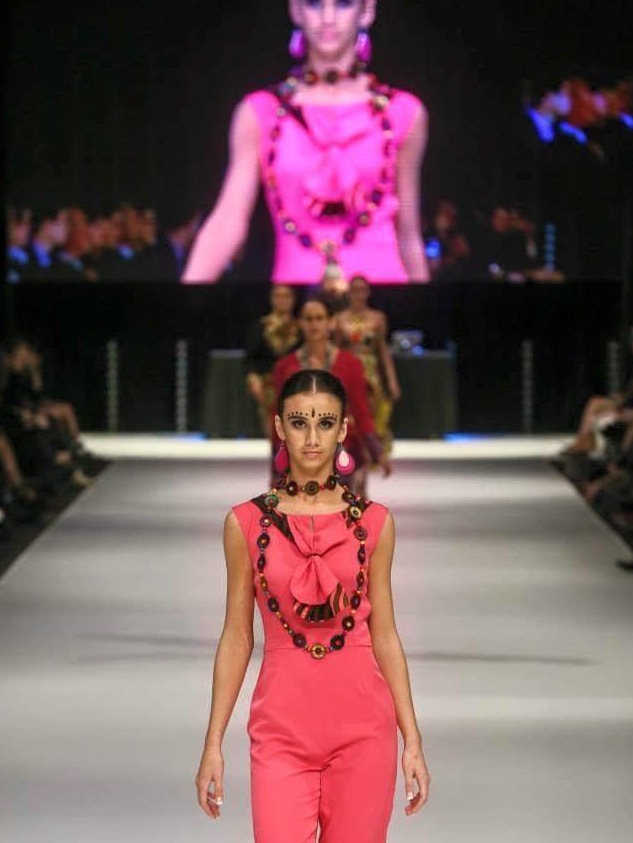 part of modern society. I am someone who is trying to live from within and have fun without being constrained by societal expectations. For me, there has never been a box. I like to think and live differently, because that’s what life is about. As Nikola Tesla put it, “anti-social behaviour is a trait of intelligence in a world full of conformists”. I like people who do not meet society’s expectations, those that do not follow the rules. That’s who I am and I try to convey this part of me in the clothing.

So, are you communicating a message with your clothes? What do you want people to receive through your label?

That’s too deep [laughs]. I use a lot of prints from different parts of Africa. Clothing in our culture has always been used to convey different messages. Different prints were used to express different things, such as the status of the person wearing the prints, the tribe they came from, or their relationship status. So, I guess for me, personally, my clothes are an intersection of old traditions with modern traditions. I am trying to marry the old and the new, trying to appeal to the new generation, and to remind them that our old traditions are very rich, and our clothes can tell stories and convey different messages. I am trying to keep true to those traditional prints and yet entice modern men and women with modern designs. Clothing for me is a way for someone to express themselves without saying a word.

Your new collection, Meraki, caused quite a stir at the opening night of FASHFEST 2015, the biggest annual fashion event in Canberra. Can you tell us a bit more about it?

Meraki is a Greek word that means putting part of your soul into something you are doing creatively. Meraki is my second collection, and I felt like this time around, I was emotionally invested in the collection. The pieces are different from the last collection because they really merge my Australian and African cultures. I have mixed bold, bright prints with block prints. I have also launched a men’s collection, responding to a lot of interest from my male friends and followers. I’ve started with a few pieces, some waistcoats and jackets for the guys. I am very excited about them. The launch of the men’s collection was not public knowledge so there was some excitement when the guys started walking on stage. I think it was received well because I tried to showcase how to wear prints – from the runway to the streets. 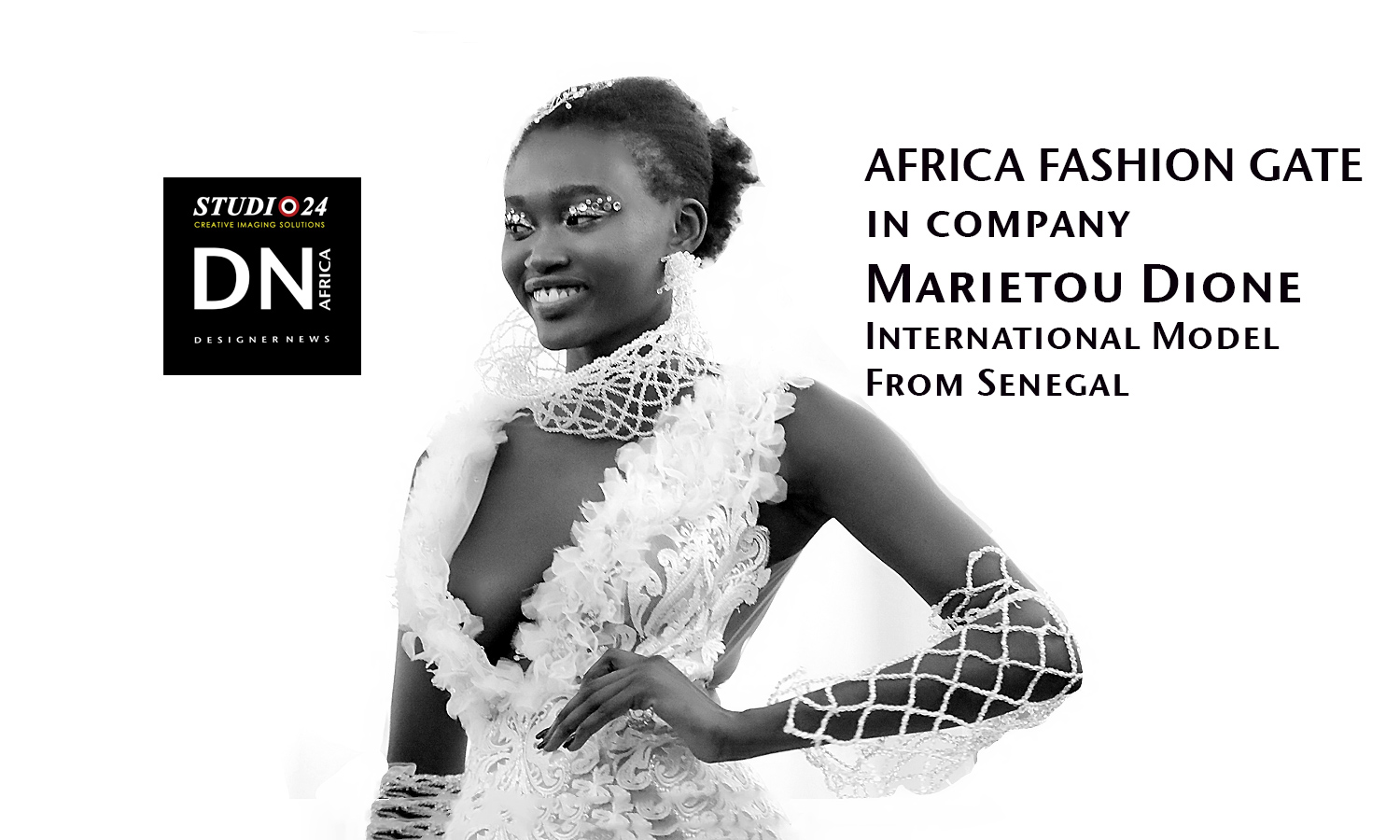 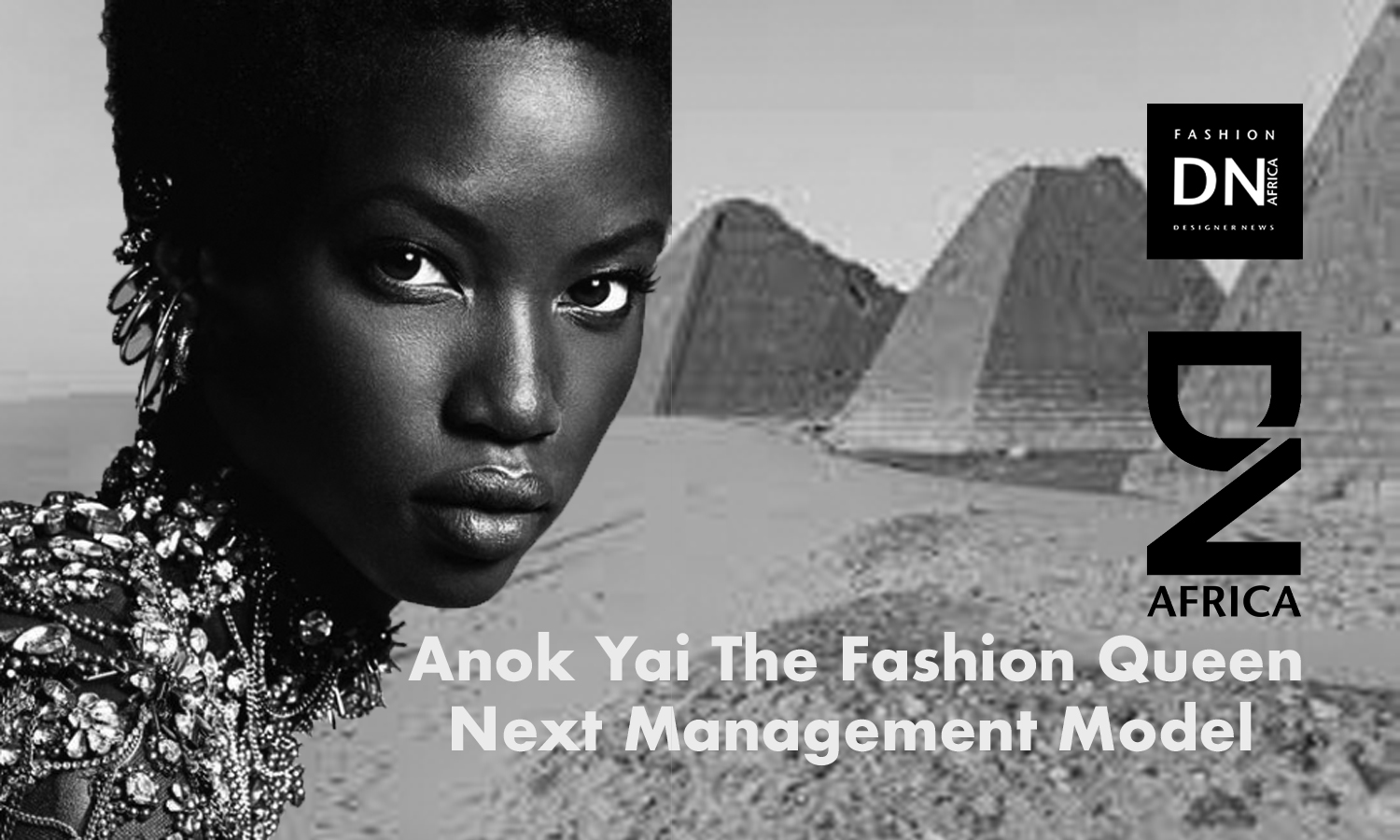 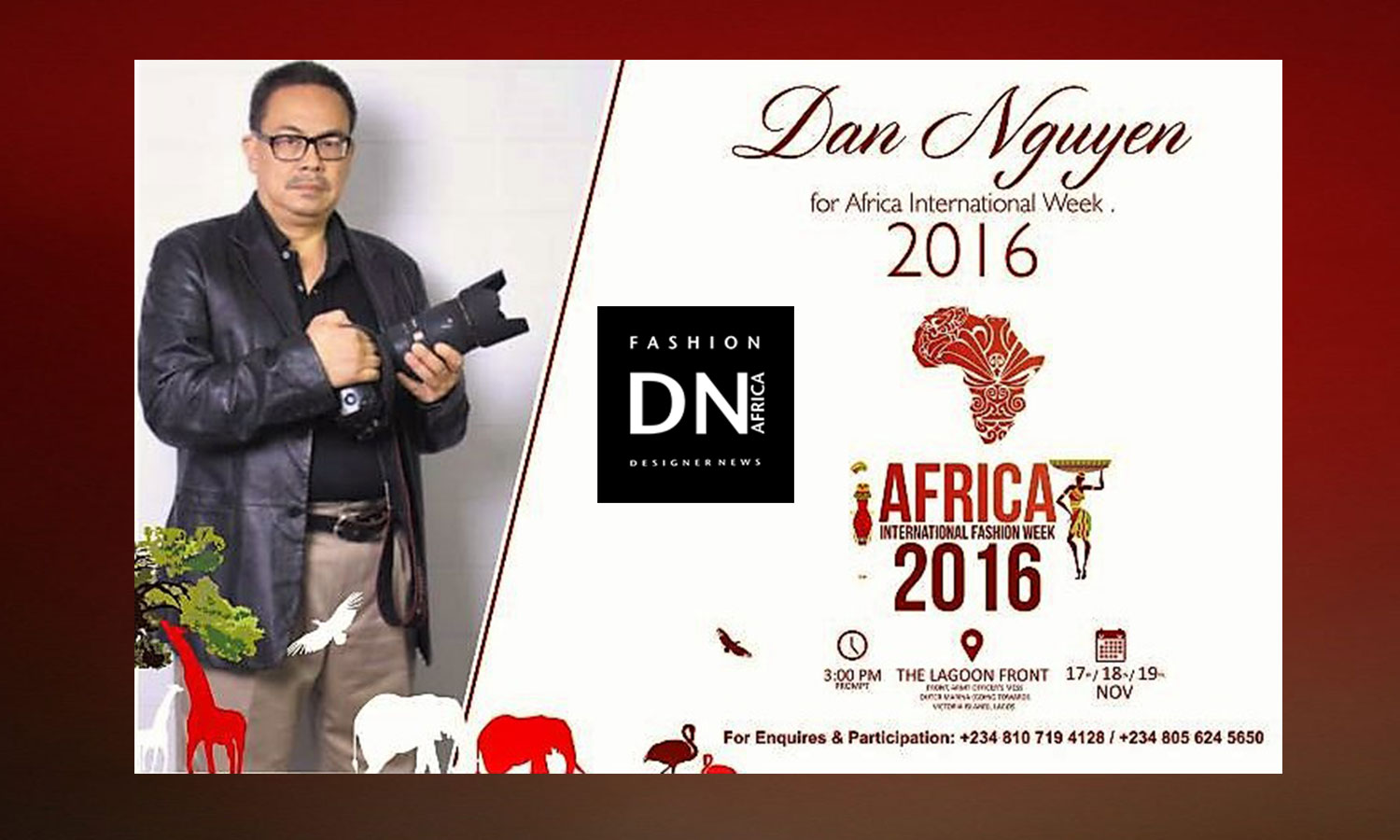